Singer Billie Eilish is pretty much on top of the world right now — the 19-year-old musician tops the charts with basically every song she releases (“Bad Guy,” “Everything I Wanted,” “Therefore I Am” ringing any bells?) and it’s clear that her talent is making a huge impact on the world!

When Billie recently showcased her artistic talent, however, not everyone was pleased.

Billie Eilish is pretty much on top of the world right now. 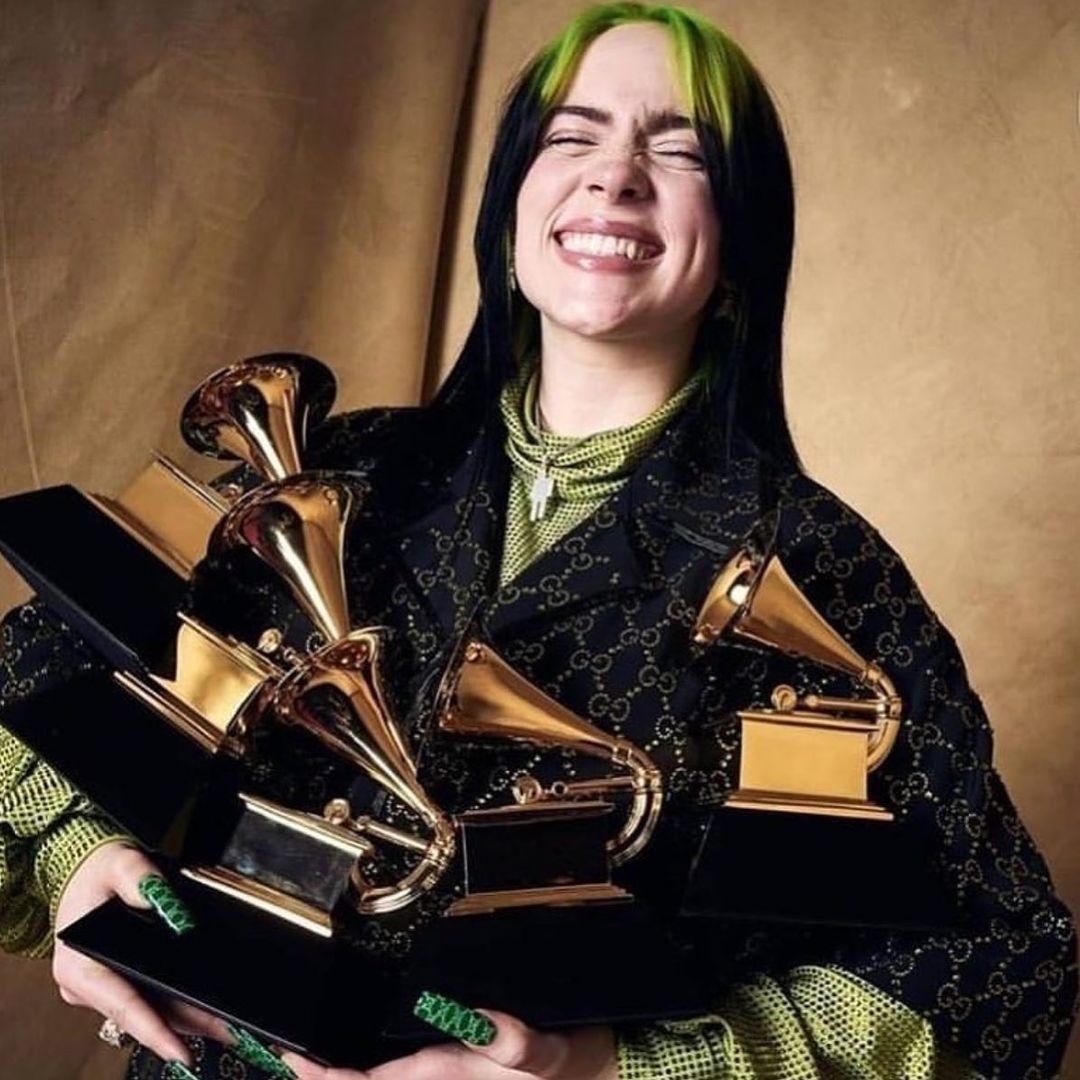 Instagram | @billieeilish
After taking home five Grammys at last year’s Grammy Awards with a chart-topping album and killer singles, Billie has been at the forefront of pop culture this year, and her millions of Instagram followers prove it!

She’s also known for standing up for herself and her body.

Billie has been known over her career for wearing baggy and extremely loose-fitting clothing. 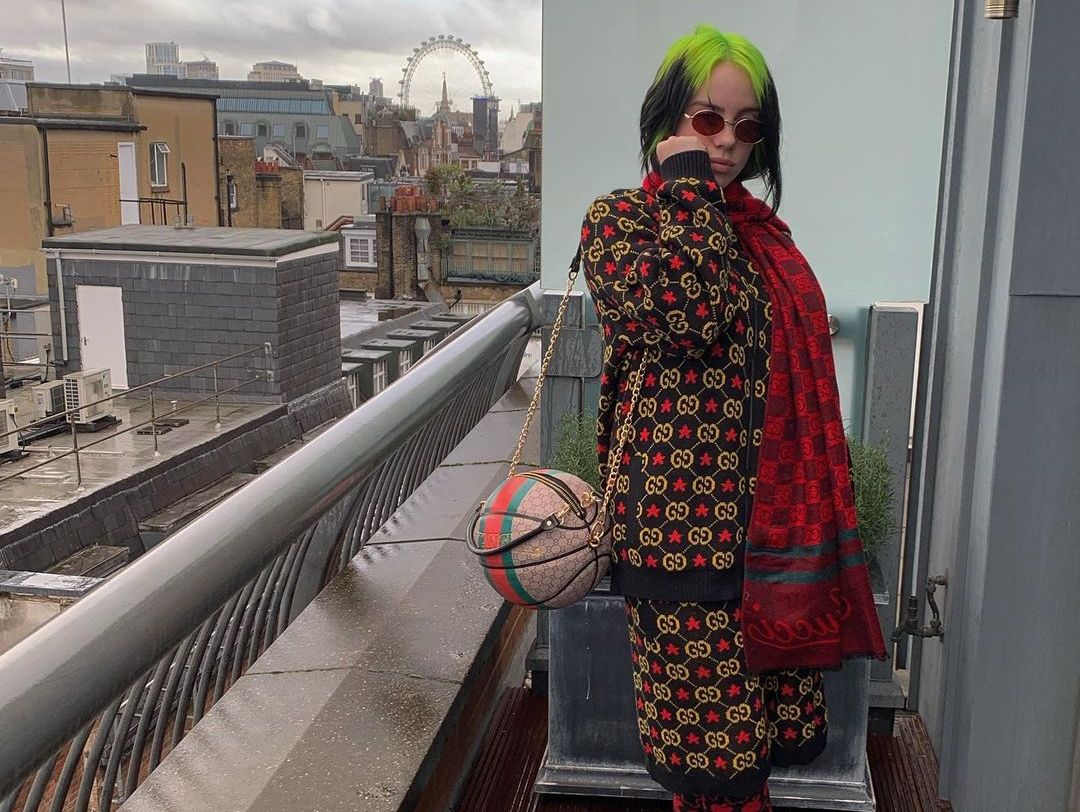 Instagram | @billieeilish
Billie had talked about how initially this had been because she didn’t want people to comment on her body, but recently began speaking out against the scrutiny she has received as a result of this.

Billie is definitely not afraid to speak out on body image issues!
“I love having kids relate to me and tell me that I make them feel comfortable in their bodies. If I could do anything I want to do that,” Billie recently said.

While taking part in an Instagram challenge this week, Billie seemed to upset a handful of her followers. 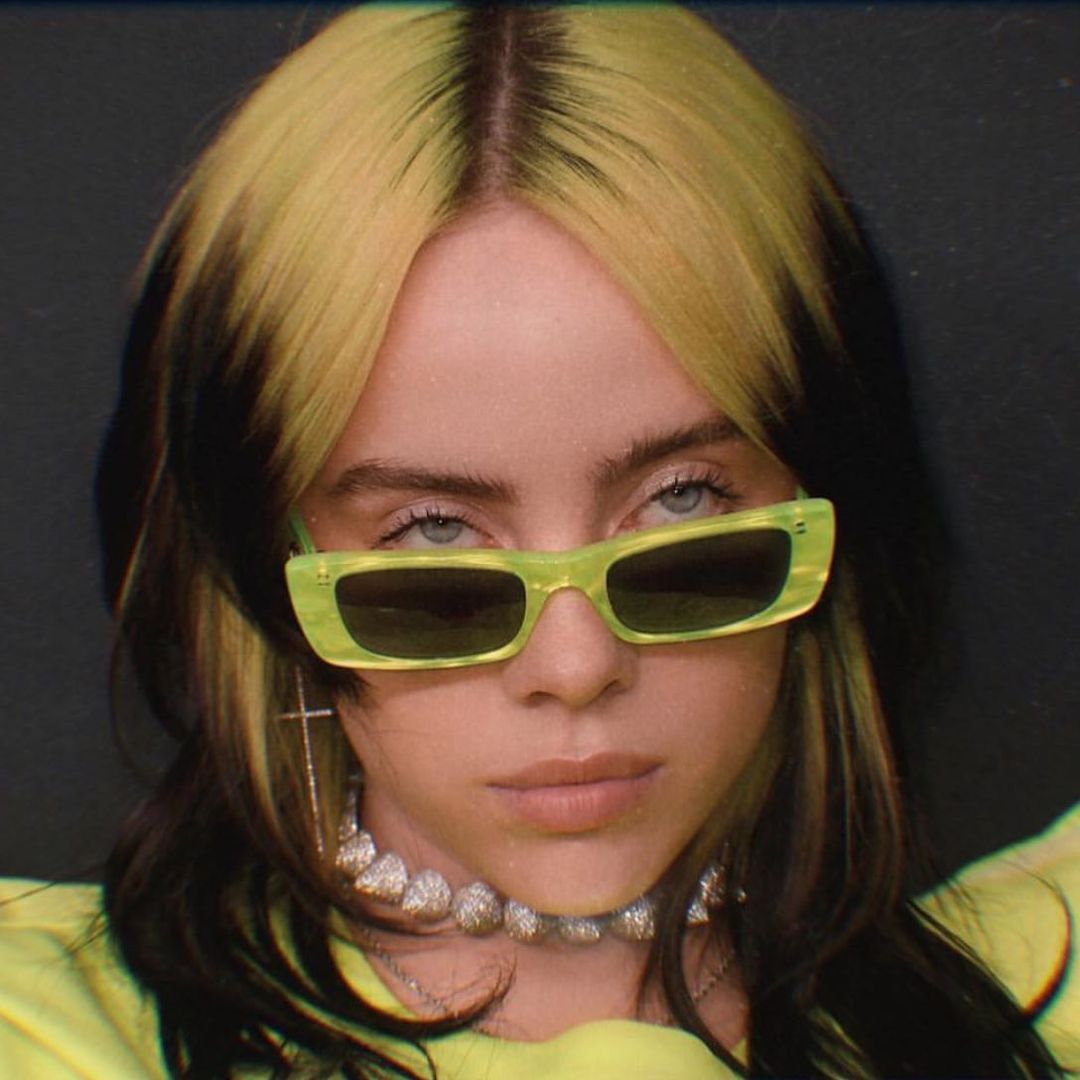 Instagram | @billieeilish
Billie was sharing pictures to her Instagram story at her fans’ requests, and when prompted to post a picture of her phone’s lockscreen, Billie shared that her lockscreen was artwork of a topless woman.

Billie was then asked to share “a drawing that you’re really proud of.” 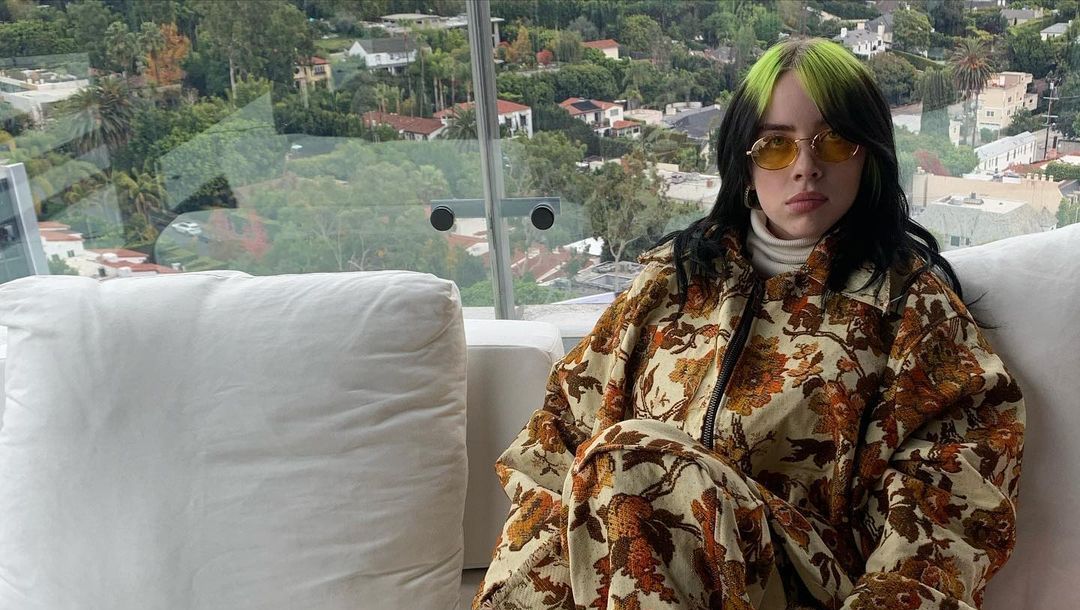 Instagram | @billieeilish
Billie shared a screenshot of a page of drawings she had done, most consisting of topless or otherwise naked women, writing, “These probably lol I love boobs.”

It seems many of her followers were not as big fans as Billie!

A fan noted on Twitter that Billie had dropped from 73 million followers to 72.9 million. 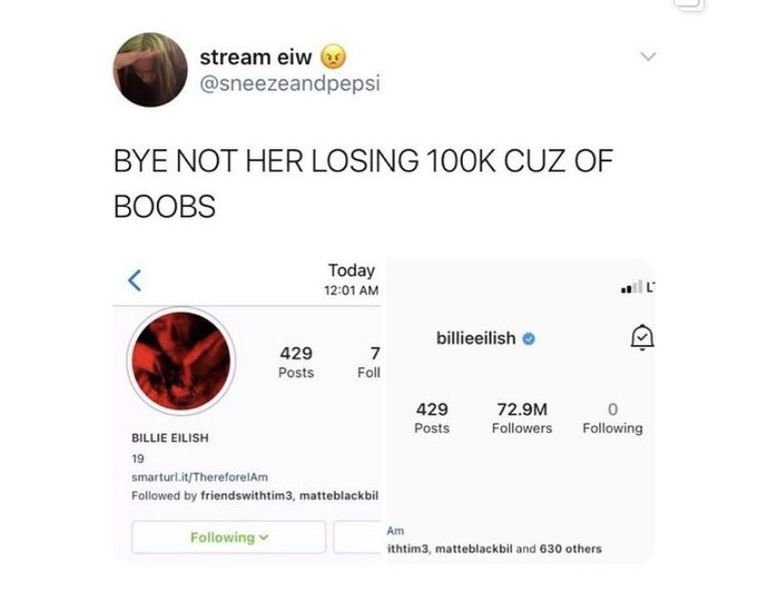 Twitter | @sneezeandpepsi
Many fans found it pretty funny that Billie had dropped such a sizable number in followers after sharing the NSFW drawings to her Instagram story, and it looks like Billie definitely sees the humor in it as well! 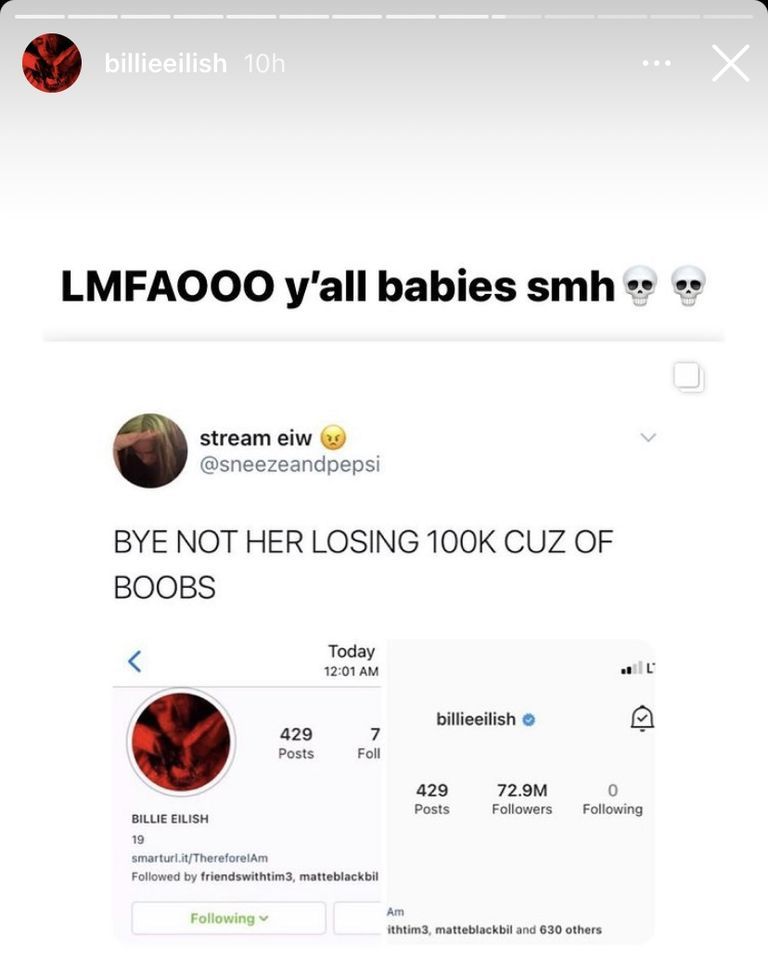 Of course, it didn’t keep her down for long, and she even earned some more fans from this whole debacle — Billie is now up to 73.1 million followers!
Fans of Billie’s were amazed that she’d lost the followers in the first place.

Many couldn’t believe that the drawing of breasts was scandalous enough for anyone to unfollow in the first place!

Fans weren’t shy about sharing how they felt.

Should Billie have expected to lose followers after sharing NSFW images, or were people just being too sensitive? Let us know in the comments below!