Row, row, row your pumpkin — yes, a pumpkin regatta is a real thing and there is even a competition held each year. If you think that this is out of the ordinary, imagine letting baby goats climb on your back as you perform yoga poses. Even though some sports seem strange, they can actually be entertaining and joyful recreational activities. 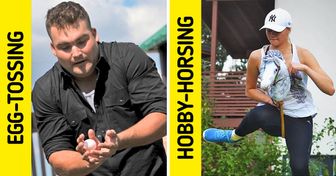 We at Bright Side found out about a few odd sports and some pretty fascinating facts about them. 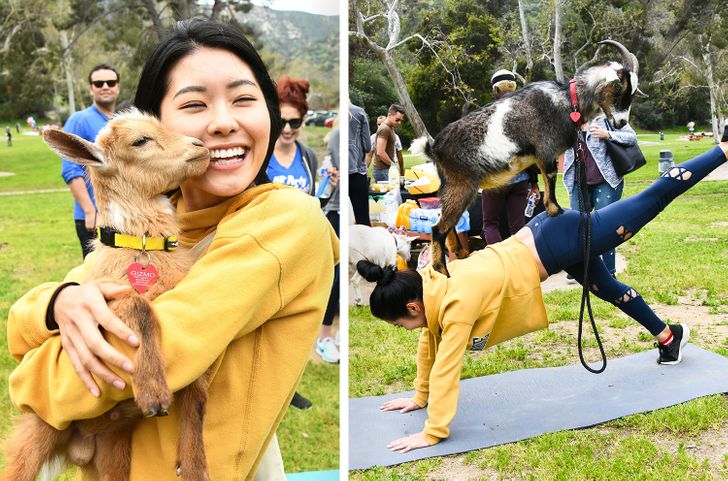 The original Goat Yoga was started in 2016 by Lainey Morse. Being therapeutic animals, goats can enhance the benefits of your exercise, both physically and mentally. It can help you with flexibility and can even fight off negative feelings. 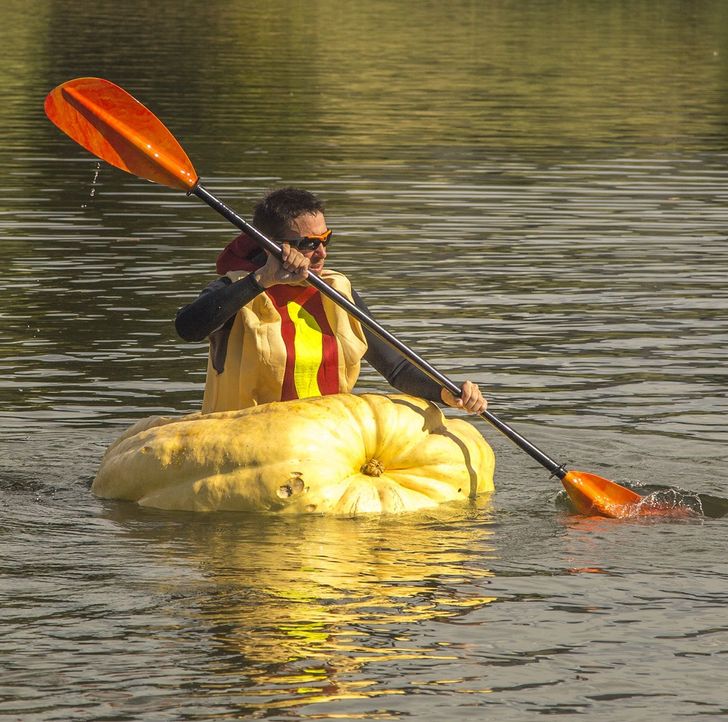 © shutterstock.com
This is a water race that uses only giant and bright-colored pumpkins for transportation. It’s held once a year in Nova Scotia on Pesaquid Lake, and the course is a half-mile long. Although there are 3 types of pumpkin sailing, which consist of paddling, experimental, and motor, the one that gets the most attention is paddling.

While the race became official in 1999, in 2005 it received notability when Martha Stewart wanted to participate in the race. 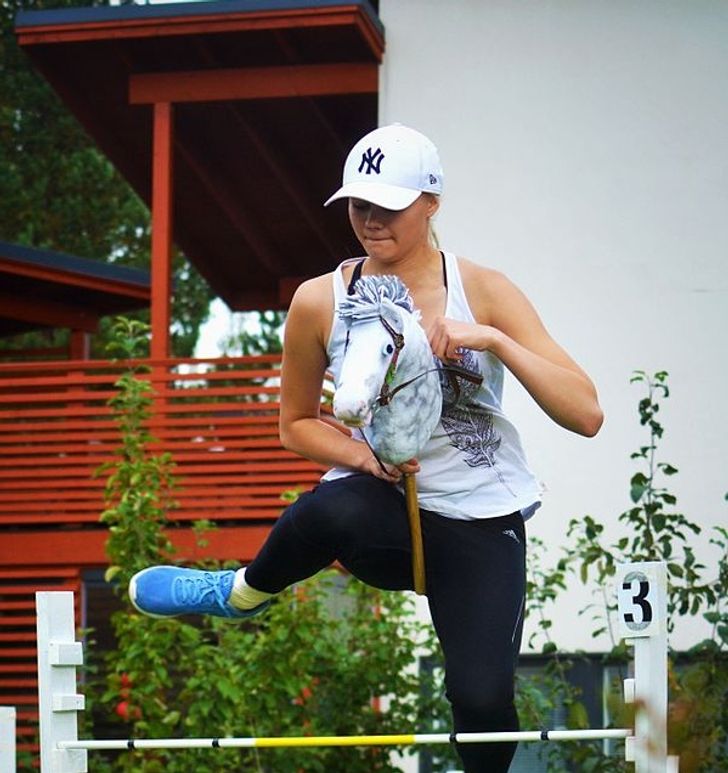 © Rigtan / Wikimedia Commons
Even though it might seem hard to believe, this is a serious and popular sport in Finland. About 10,000 people, usually between the ages of 10 to 18, take part in hobby-horsing. However, its popularity is growing in other Nordic countries and parts of Europe as well, even though the numbers are smaller.

It’s a physically demanding activity because it’s just like riding a real horse, and the rider gets to participate in traditional events, like show jumping. 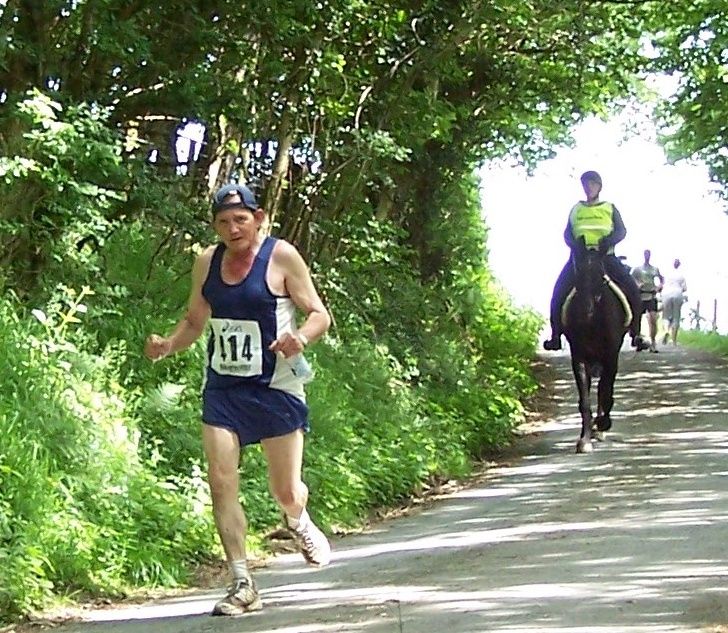 © Jothelibrarian / Wikipedia
It all started in 1980 over a classic argument about human potential and limitation. The race was invented by Gordon Greene when he overheard 2 men arguing that a human could keep up with a horse when running through the county.

So Greene created a race 22 miles long in order to test the theory. Cyclists, runners, and horses compete in the race, and it’s slowly gaining popularity. 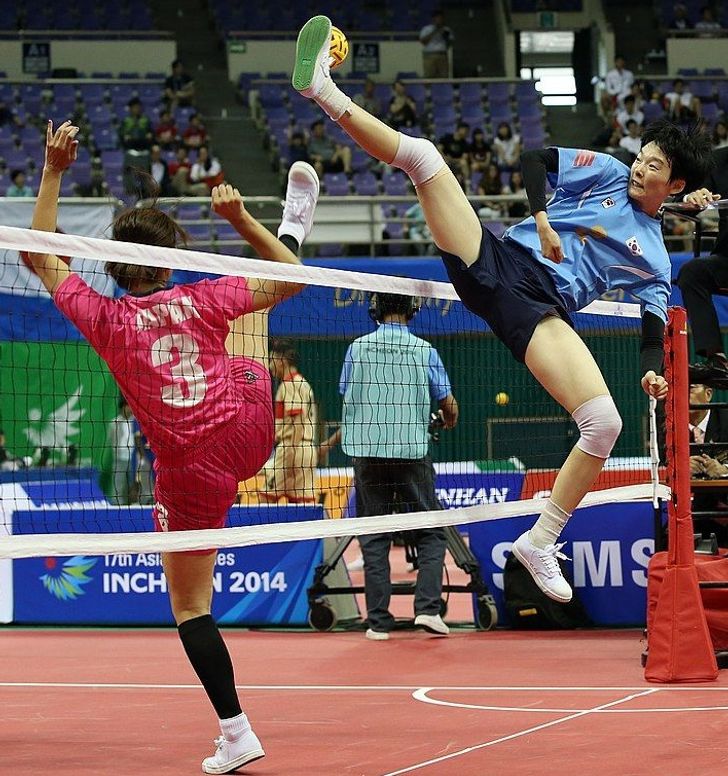 © Republic of Korea / wikipedia
This sport is very similar to volleyball in that there are 2 teams that fight for control of the ball. However, the twist is that they can only touch the ball with their head, knees, chest, or feet, but not with their hands. A winner is announced when one of the teams gets the maximum number of points.

The first signs of this sport actually date back around 500 years in Malaysia. Today, this sport is most popular around Southeast Asia. In 1990, Sepak Takraw was included in the Asian Games.

© United States Marine Corps / Wikimedia Commons
Also known as egg-throwing, this is a team competition. The rules are pretty simple: Single or 2-person teams try to toss an egg to their teammate. If the egg doesn’t break, then the members take a step back and throw the egg again. This continues until only one egg is left unbroken. 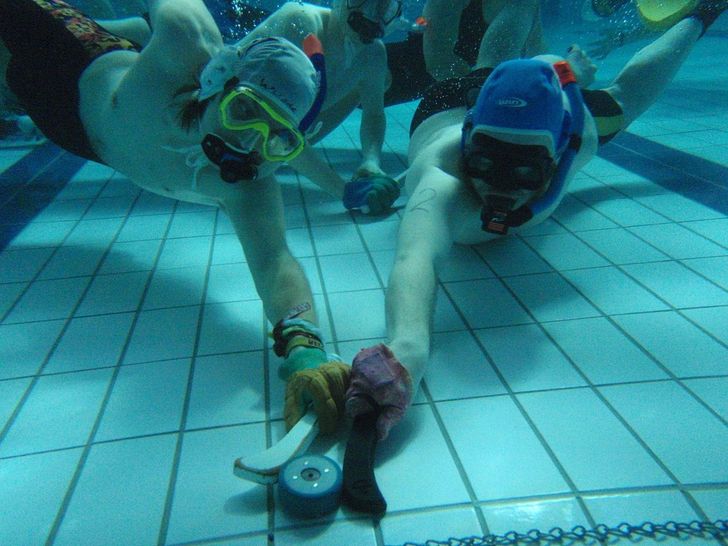 © DavidUnderwater / wikipedia
Octopush, also known as underwater hockey, is a sport that was first played in 1954 in Southsea, England. Its founder invented the game to keep his Sub-Aqua Club members active and interested during the winter months. This game has now spread worldwide, proving to be a pretty interesting, furious, and fast sport.

The players wear water polo hats, fins, snorkels, gloves, and masks. They hold a stick, which is about the size of a spatula. The point of the game is to use the stick to push the puck (that weights 2.6 pounds) into the goal of the opposing team.

Would you ever try any of these unique sports? Why? What’s your favorite sport?