Look, as much as we hate it to admit it, sometimes our eyes and our brains just are’t on the same team. And sometimes they can come across a very confusing image that makes them not only lie to each other, but to us, too.

Which, I gotta say, is kind of rude.

But if you enjoy a good brain-twisting, eye-tricking picture, then I think you’re really going to enjoy all these images I’ve pulled together for you. 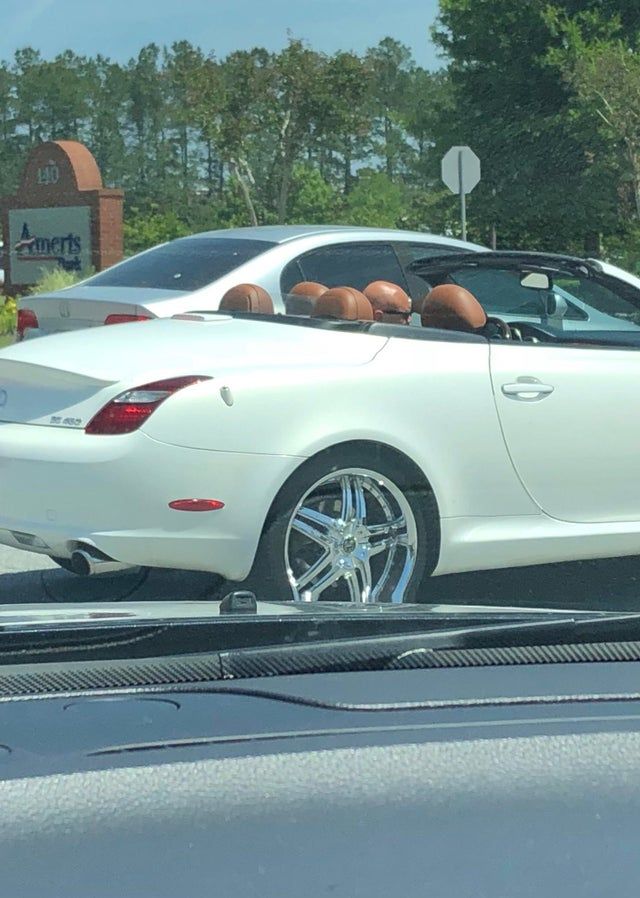 At first glance, that’s a car full of super round, super shiny bald heads. Of course, after you realize there’s only one chrome dome going for a ride, this picture becomes significantly less entertaining. 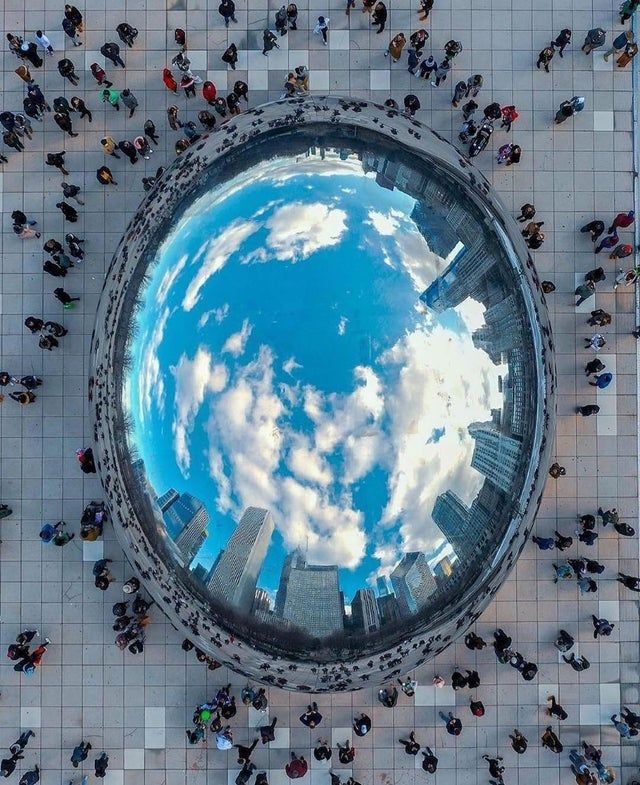 Reddit | mfwalton91
Don’t freak out. You’re not looking at some sort of unearthed portal into another realm or something. This is actually an aerial view of the Chicago Bean. 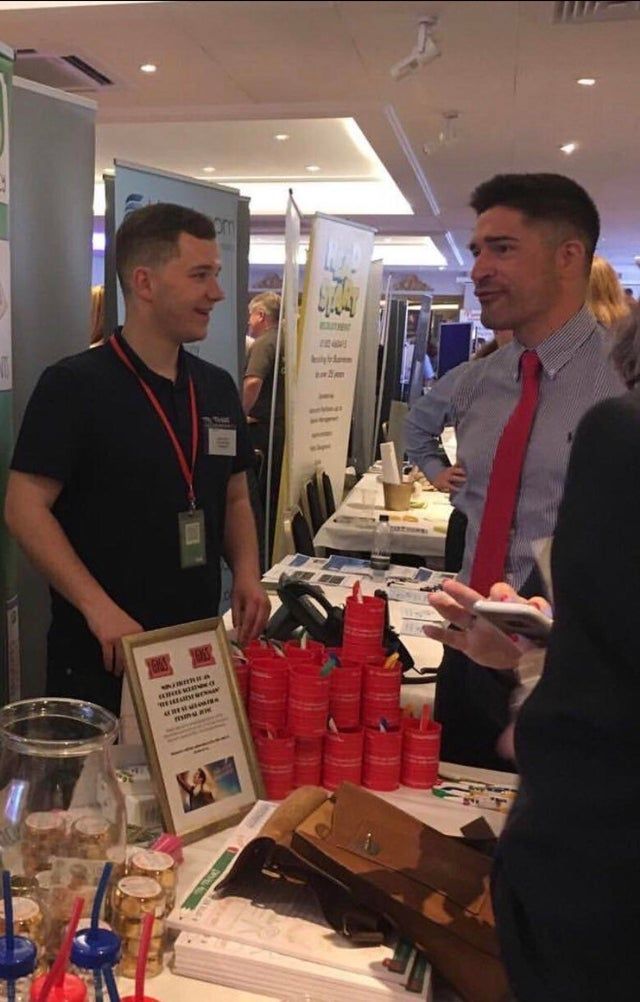 I know there’s a person behind that man, and that’s not actually his arm. I know that.

But how cute is it to let yourself believe this gentleman has one lil’ baby arm that he likes to prop up on his side there in a very pouty fashion? 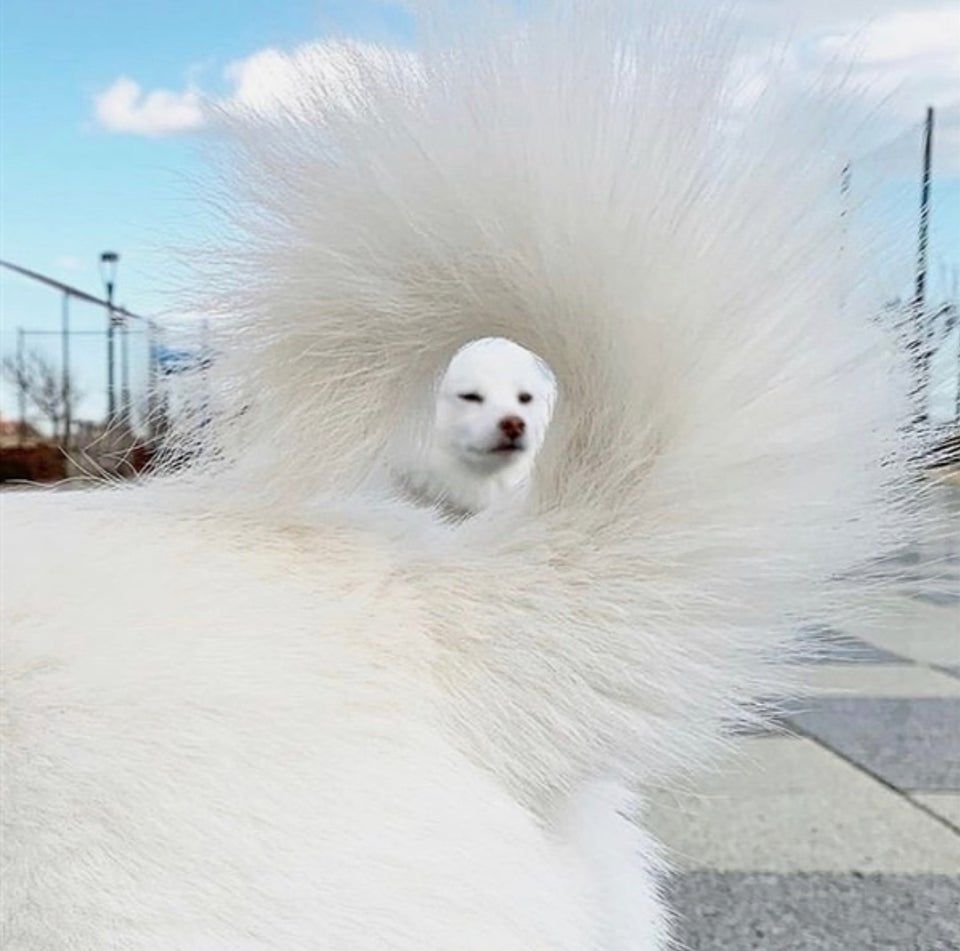 Sadly, this pup isn’t nearly as majestic as this picture would lead us to believe. He just happens to be positioned perfectly inside the curl of another dog’s tail. 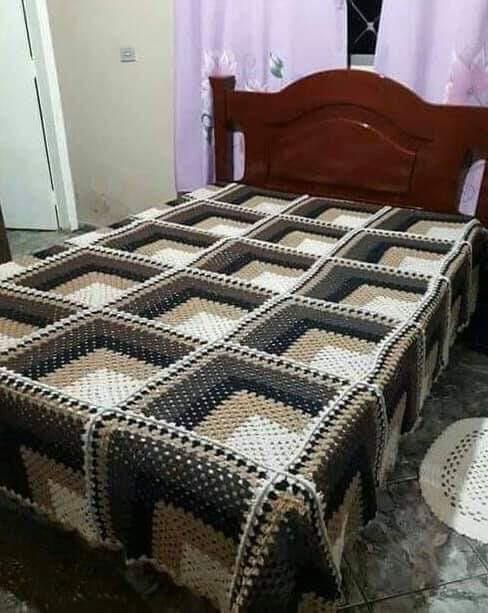 Okay, this one seriously hurt my eyes and my brain. I can’t help but feel this intense need to touch that knitted blanket because although I know it’s entirely flat, I also really don’t know that. You know? 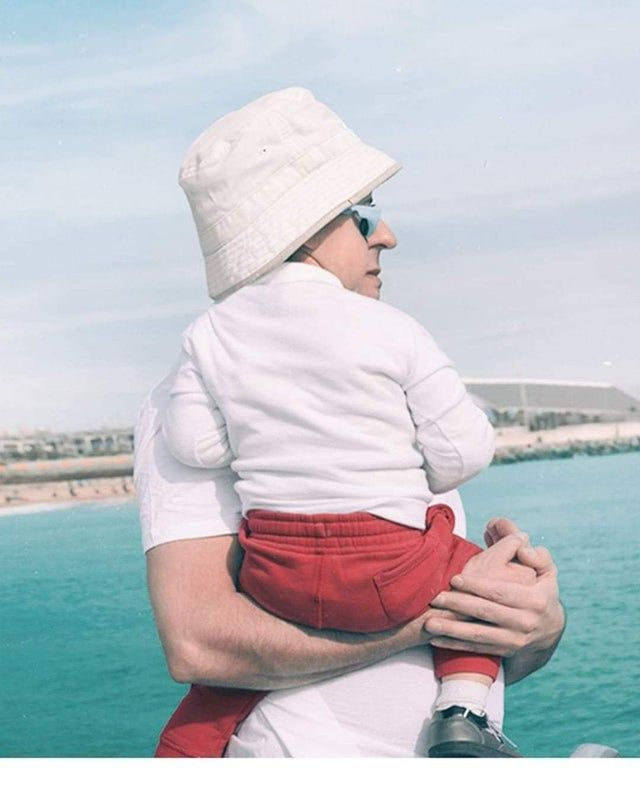 This little baby’s face happened to perfectly line up with the significantly older face of the person who’s holding him, making for one super hilarious, mind-bending, Benjamin Button-inspired illusion. 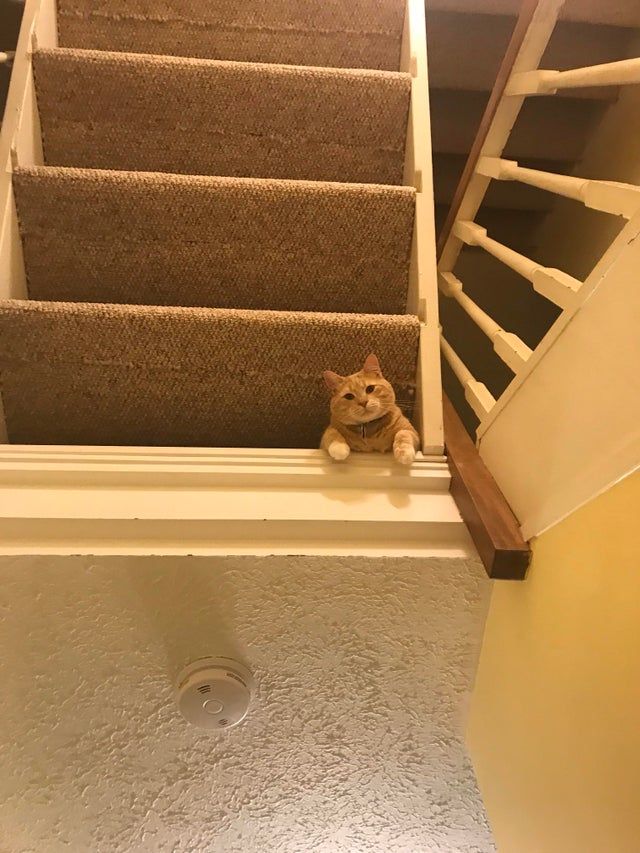 Okay, pay really close attention here because this one’s a nightmare to explain.

So we’re actually looking up at the underside of a second flight of stairs (see the smoke detector there?). And the cat is looking down at us through one of the stair slats, because this second flight apparently has panels, but no backs. Why those panels are carpeted is anyone’s guess. 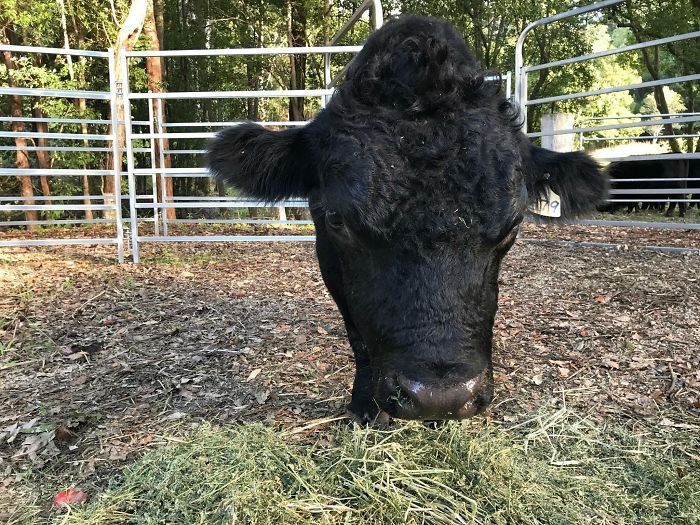 I genuinely startled when I first saw this picture, because I was convinced I had stumbled upon some super twisted side of the internet that shows decapitated animal heads.

But worry not — this beautiful cow’s body is actually just hidden behind its massive head (I hope). 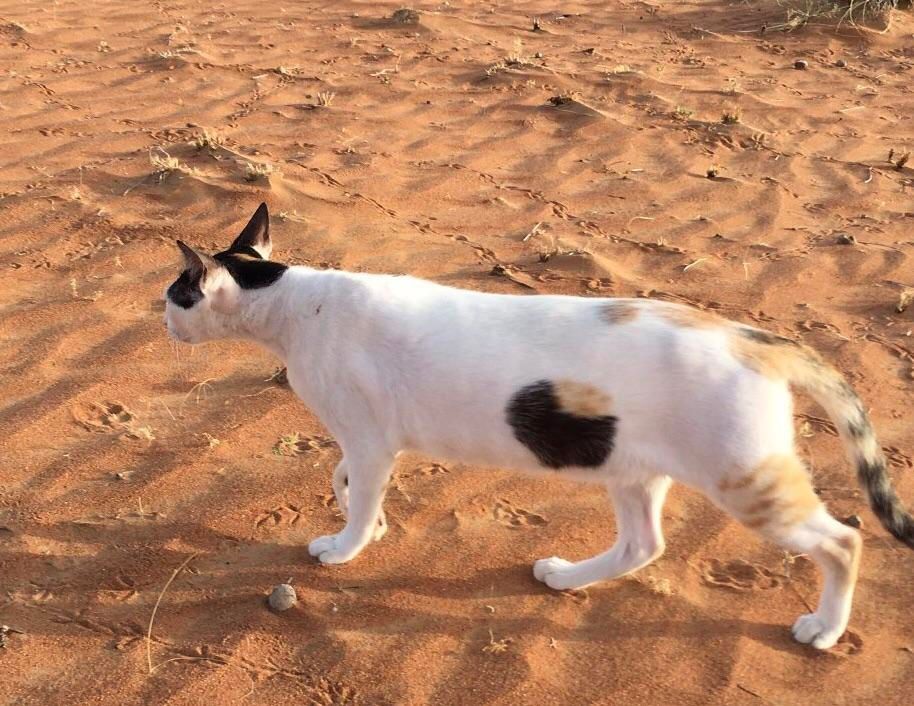 Pushing aside the initial shock of thinking this cat was partially see-through, let’s talk about how fascinating it is that it has a natural pie chart right there on its fur! 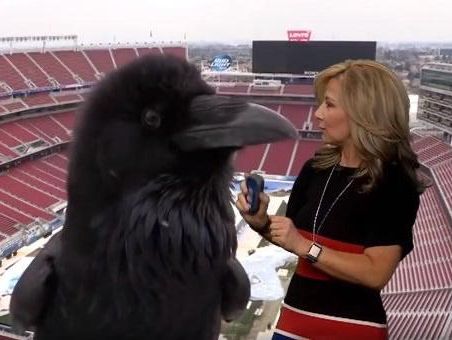 I’m glad this reporter isn’t above asking all the fans about their feelings on the game, because I’m sure this bird has some thoughts about what his team could have done differently and he would love to share them with the world. 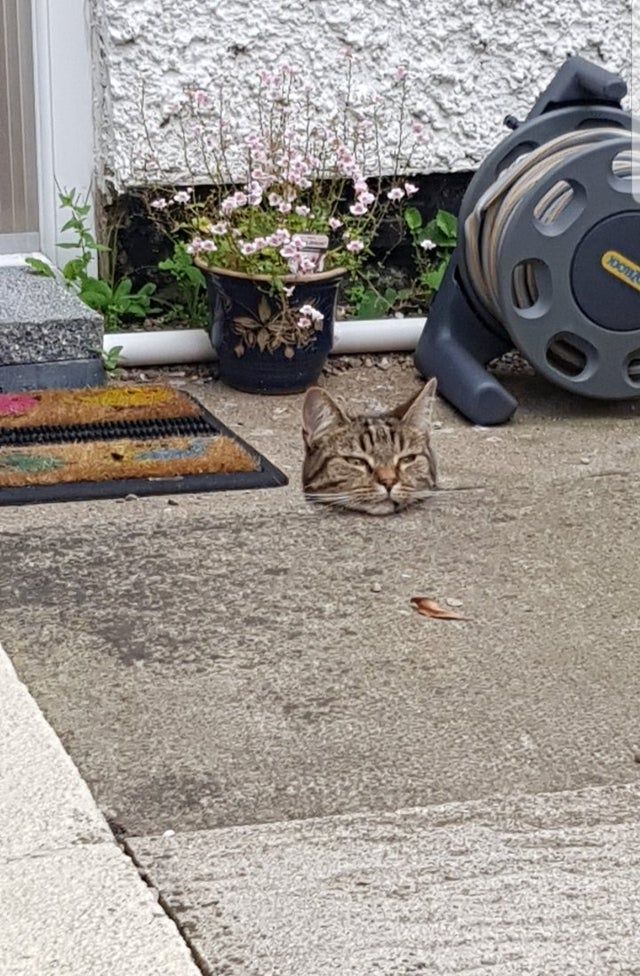 This one’s a little tricky, but if you’re having trouble seeing it, this cat is actually peaking up over a cement step of sorts, so the rest of its body is simply hidden out of view.

12. The fish was caught that day, but at what cost? 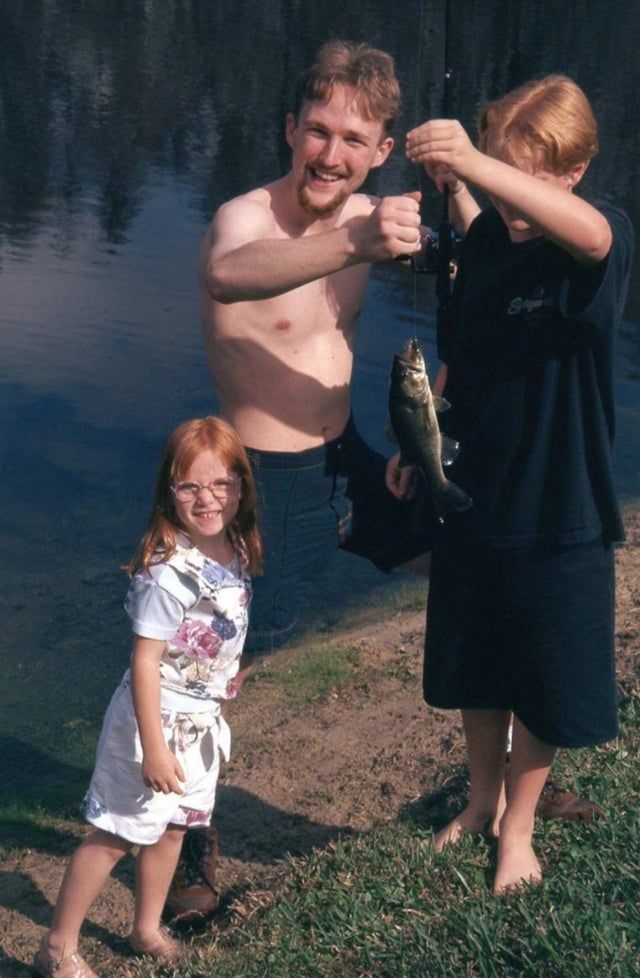 It’s incredible how we can sometimes unintentionally blend into nature without ever trying to camouflage ourselves in the first place, isn’t it?

And you really wouldn’t expect a pair of denim shorts (or jorts, if you will) to be the kind of outfit to help you hide in plain sight, but here we are. And there his legs are not. 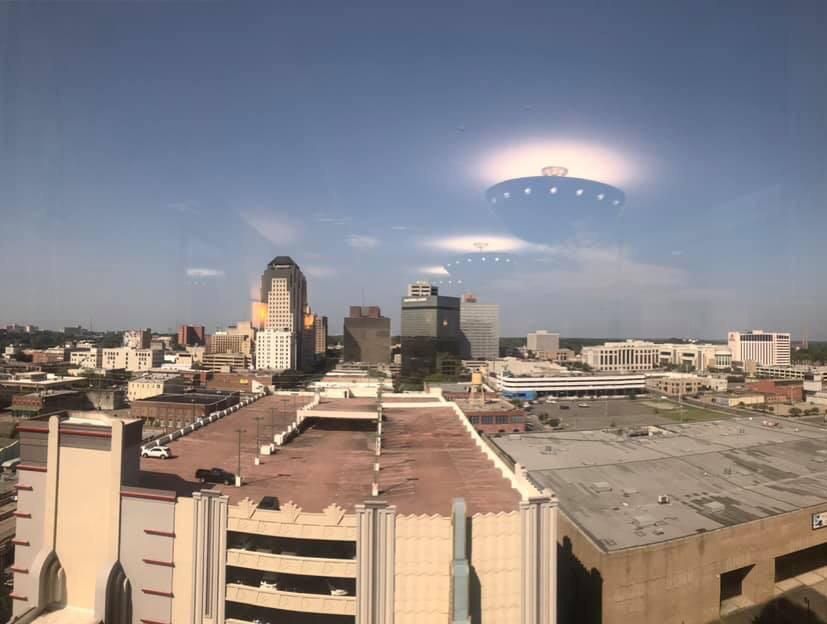 No no, there’s no alien invasion happening here, although it certainly seems that way. This is simply the reflection of someone’s ceiling lights on their window, making for one very heart-stopping illusion. 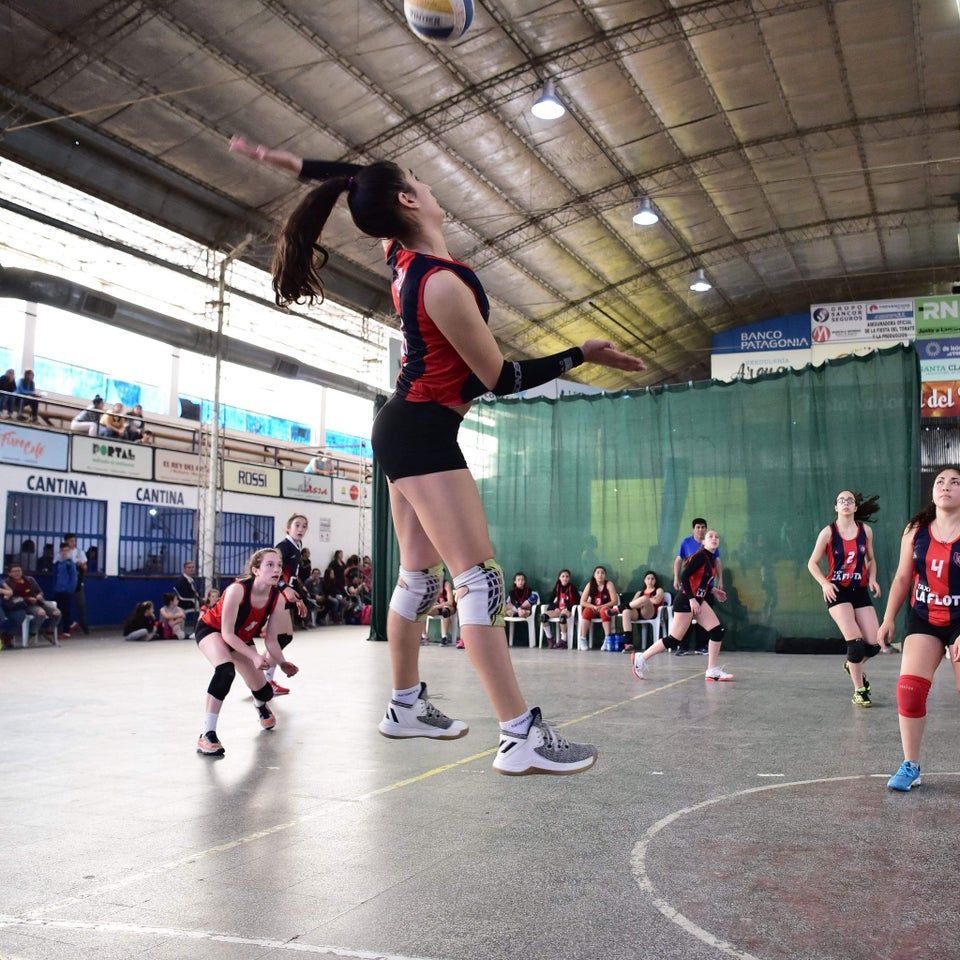 Yes, this is just a player jumping to hit a shot that makes her look so big. But how funny would it be if the opposing team actually hit the court and realized they would have to receive the ball from a literal giant?
15. Yeah, I’d be concerned too, kid. 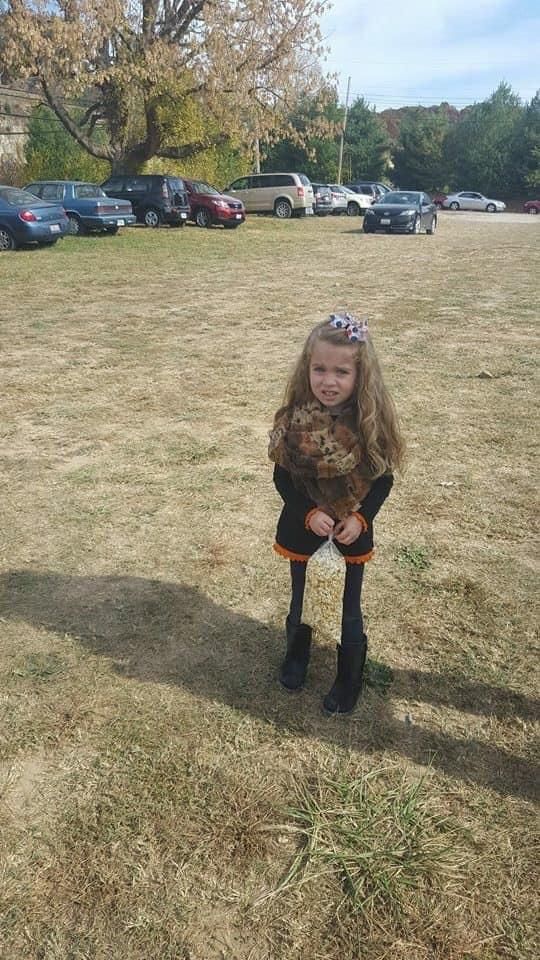