Today, we  want to recollect 14 celebrity appearances that brought about a lot of buzz. 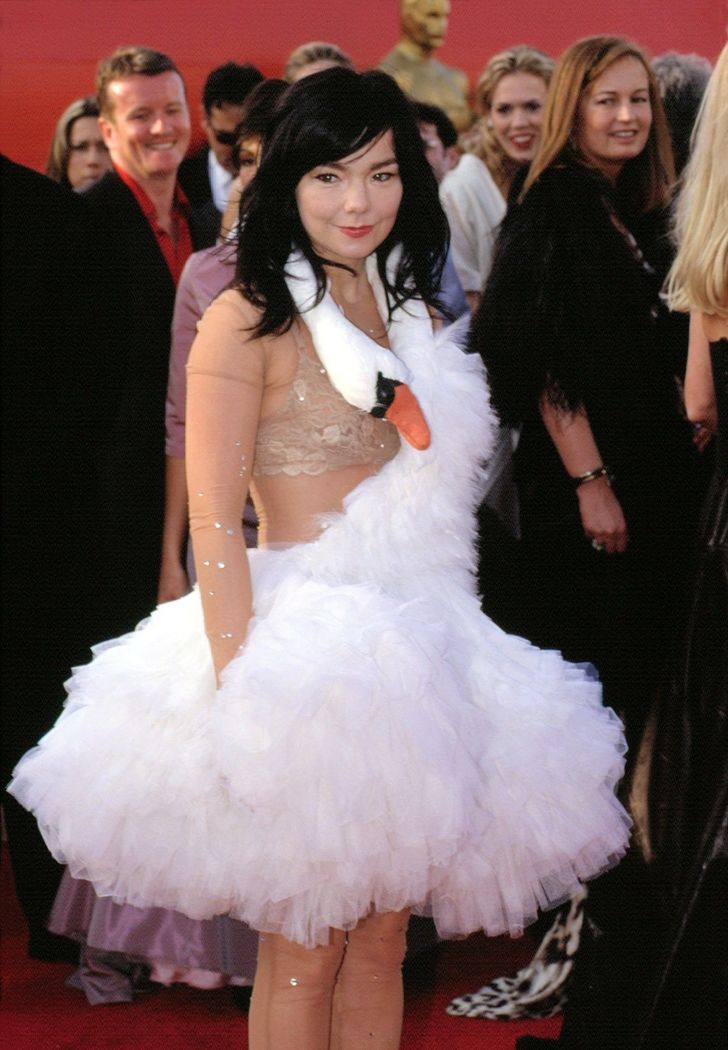 What: The white “Swan Dress” was designed in a way that the swan’s neck was wrapped around the singer’s chest as if hugging her. In 2008, this exotic outfit was named the ninth-most iconic red-carpet dress of all time. The dress in fact was a full-body stocking. 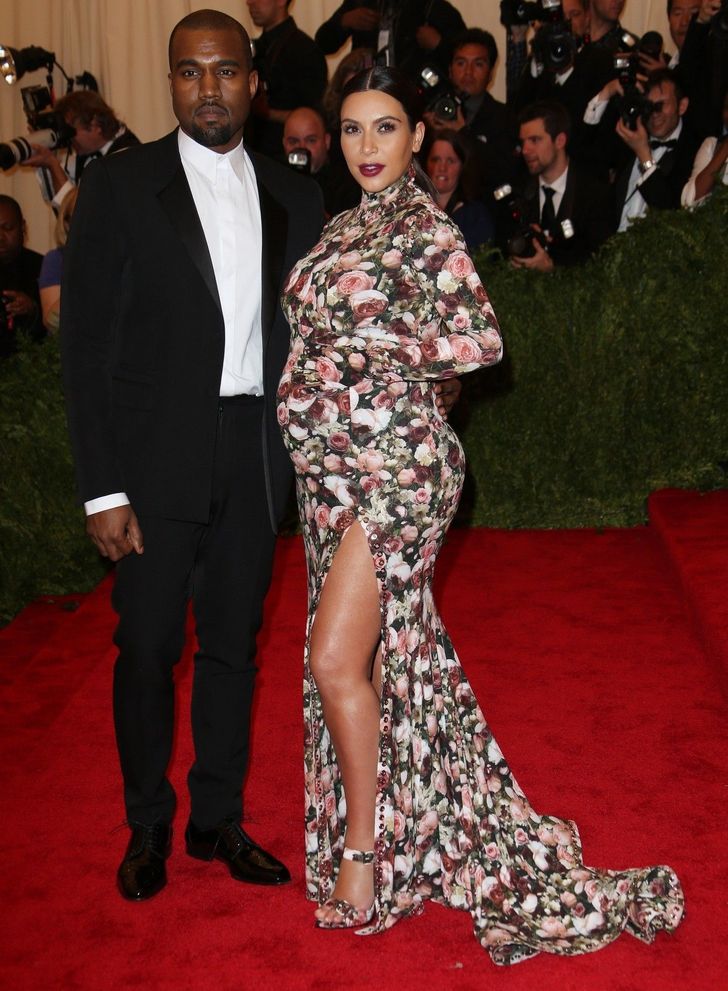 What: A Givenchy floral-print dress with a high neck and a side slit. In this video, Kim says there was a sweet message behind this dress — a pregnant woman surrounded by flowers. But the dress instantly became a source of countless memes on the Internet. 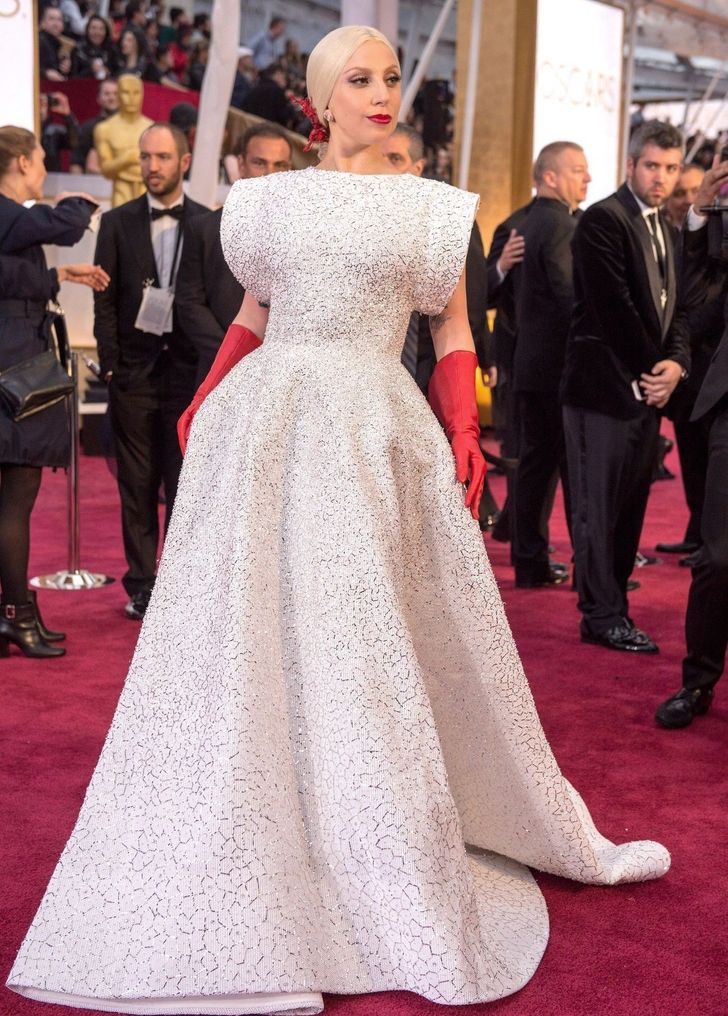 What: Red gloves. That night Lady Gaga was wearing a white dress from Azzedine Alaïa, but it was not the dress itself that grabbed people’s attention and inspired debates. It was the big red gloves that the singer was wearing that night. Internet users quickly reacted with memes comparing Lady Gaga’s gloves with the gloves that are used for dishwashing.

What: A white shirt by The Gap and a lilac skirt by Vera Wang. It was a brave decision for those times to mix mass-market clothing items with those created by famous designers. Choosing a shirt and a skirt combination for a red carpet event, instead of a dress, was rather bold too. 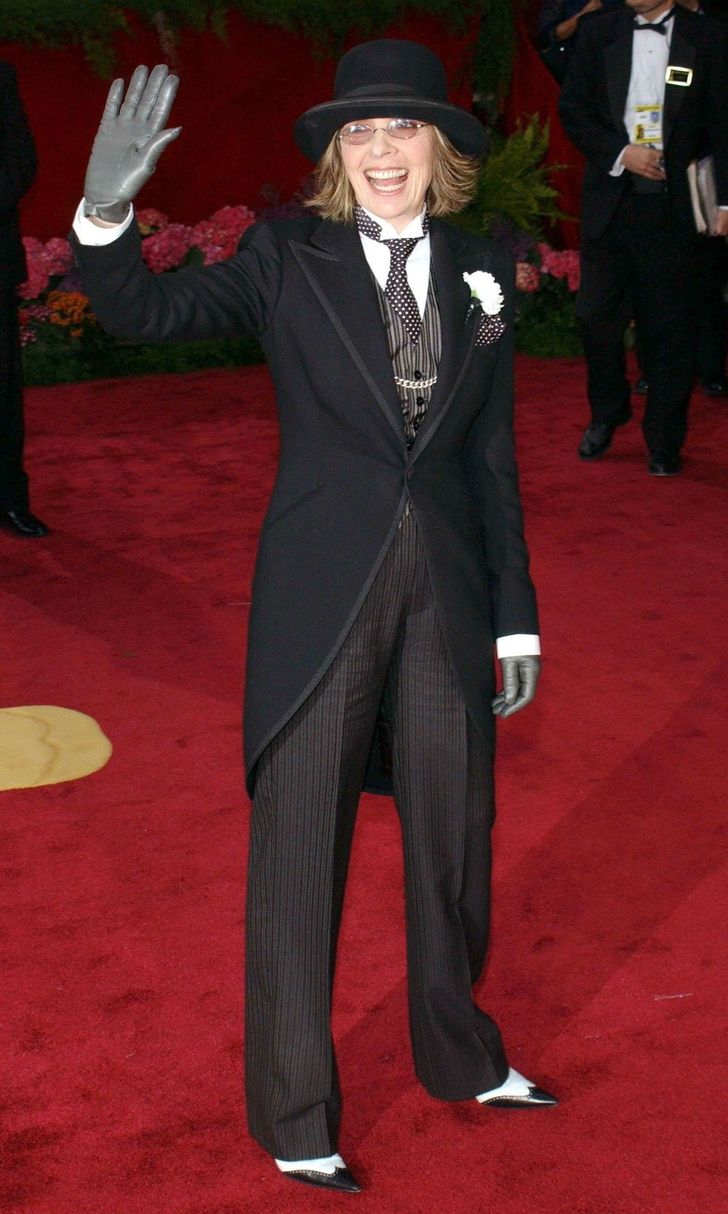 What: A Chaplin-style suit and a bowler hat. This was quite a bold choice for a red carpet look for a female celebrity at that time.

What: A bronze satin dress. In this dress, the actress herself looked like an Oscar award. Now the gown is part of the Metropolitan Museum of Art’s collection. 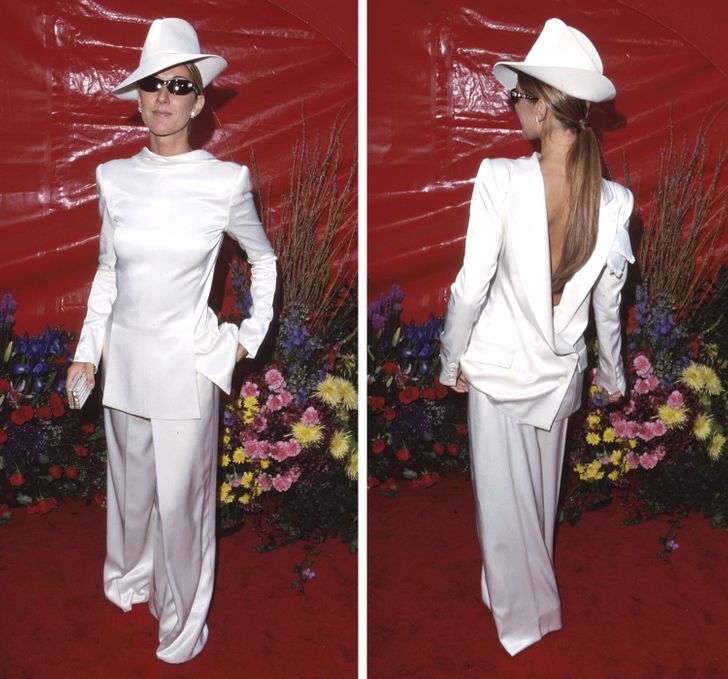 What: A white backward tuxedo. This look was quite a risky fashion experiment and it was widely discussed. In one of her interviews, Celine Dion said that her look was ahead of its time and would probably be more appreciated today. 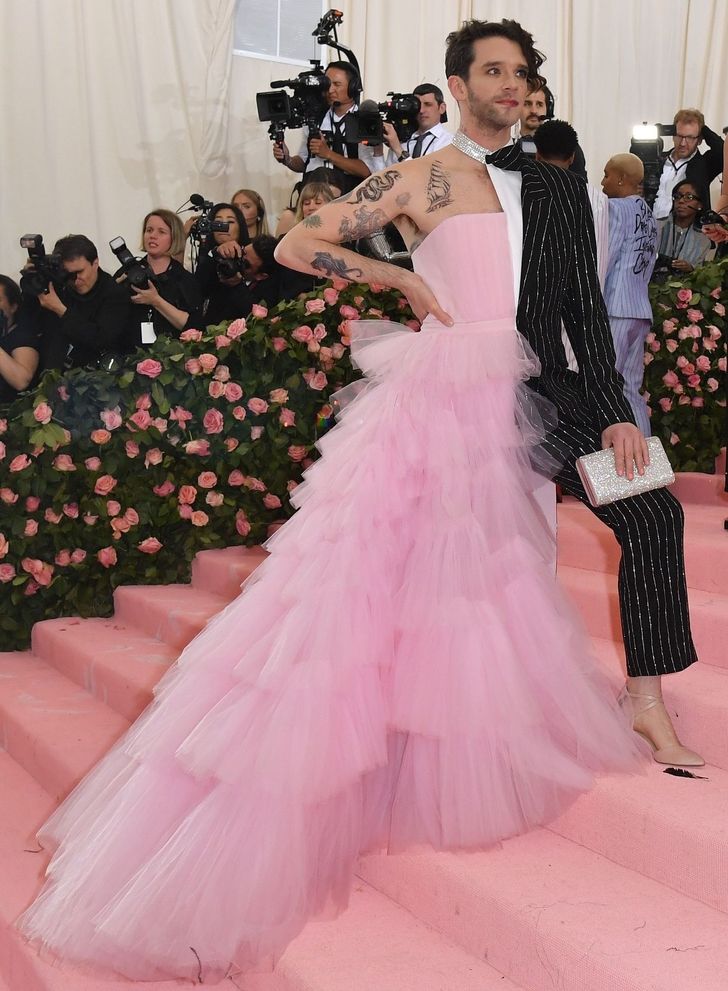 What: A split-gender gown that consisted of a pink tulle dress with a layered skirt and a black striped suit. Split gowns that let you dress as a woman and as a man at the same time are surely not something we often see on the red carpet.

What: A purple frock coat with bright green lining and slim trousers. The gown made headlines thanks to the exotic color combination and unusual shape. 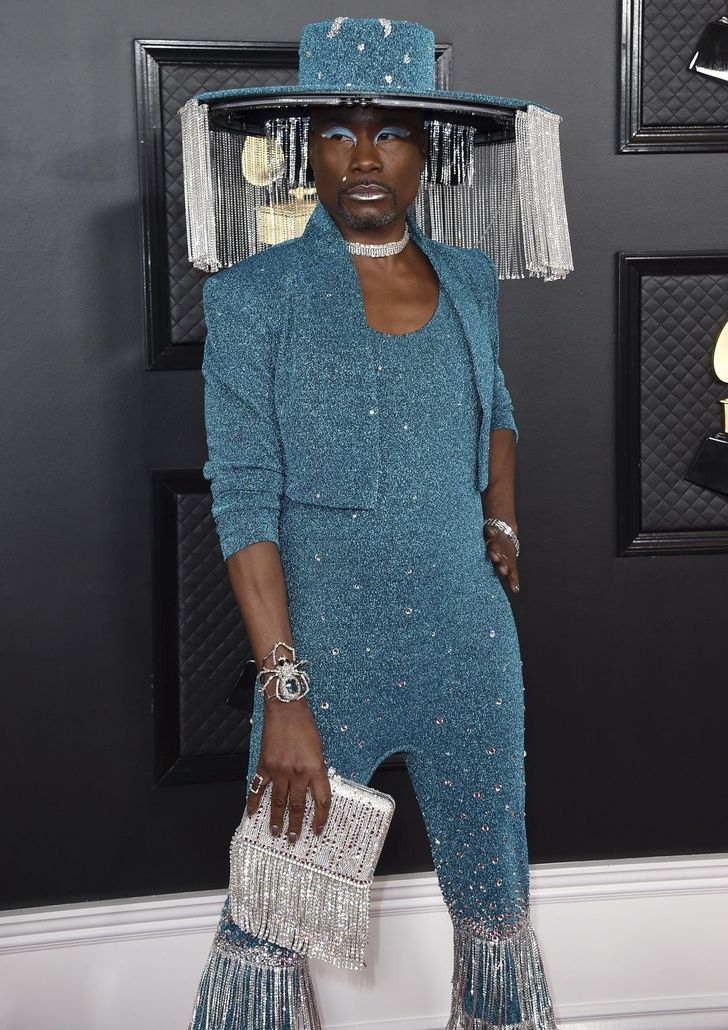 What: A motorized crystal fringe hat. The whole disco look that Billy Porter was wearing that night looked quite extraordinary, but the hat stole the show. The fringe moved to reveal and hide Billy’s face. 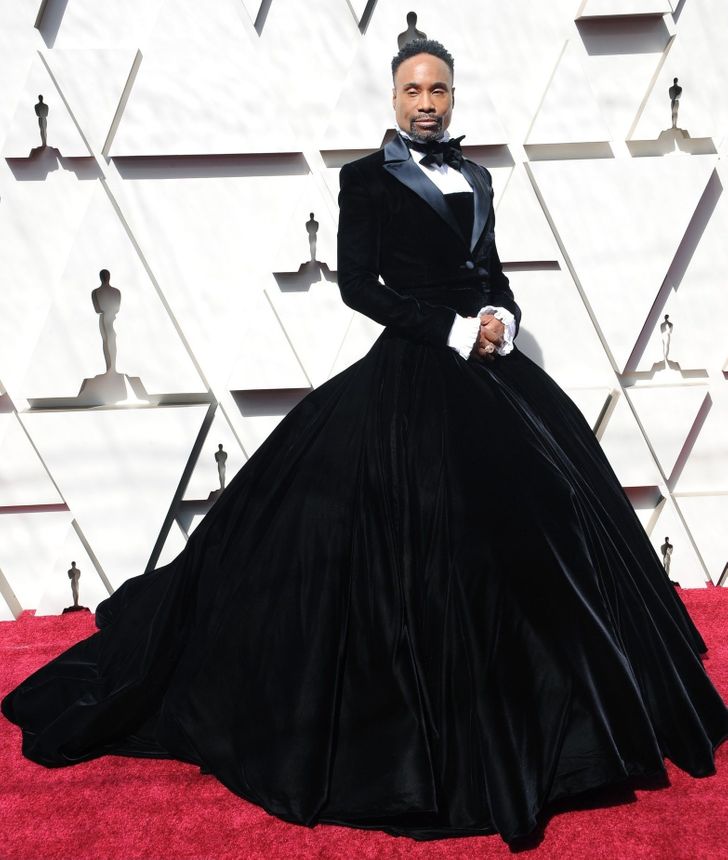 What: A black gown with a tuxedo top and a long skirt. This is another gown worn by Billy Porter that defied fashion norms, and it became one of the most discussed looks of the night. 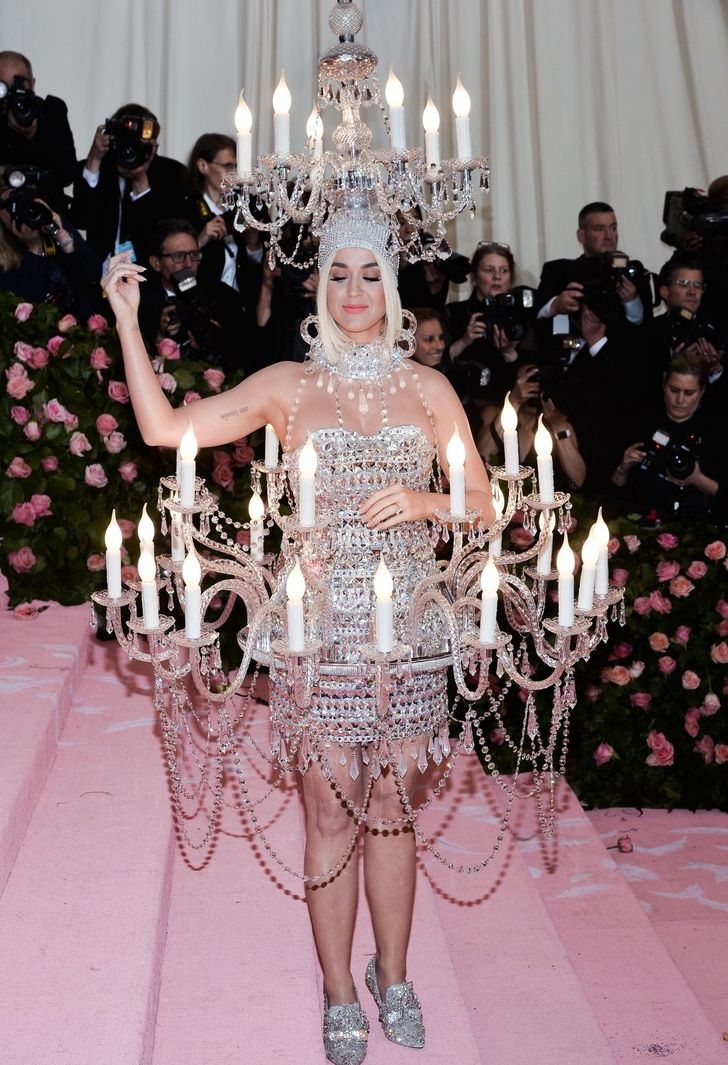 © Anthony Behar/Sipa USA/East News
What: A chandelier dress. The gown looked just like a huge chandelier was put on the singer. The dress had 3 layers of candles with one layer crowning Katy’s head.

What: An oversized menswear-style suit. A manly suit was balanced by Julia’s feminine red curls. 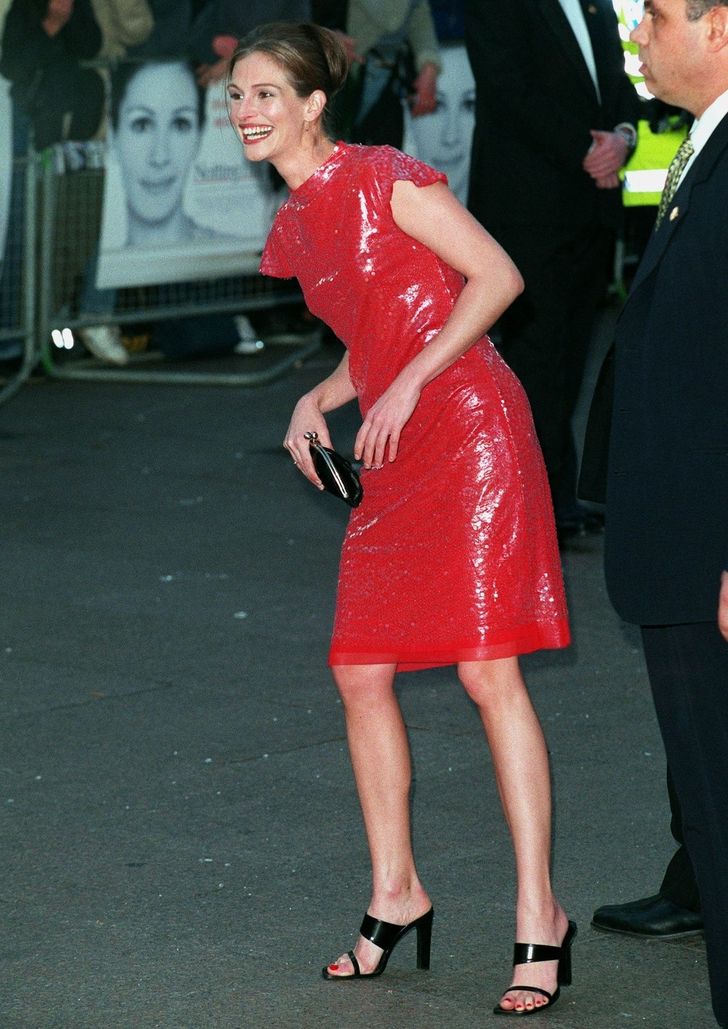 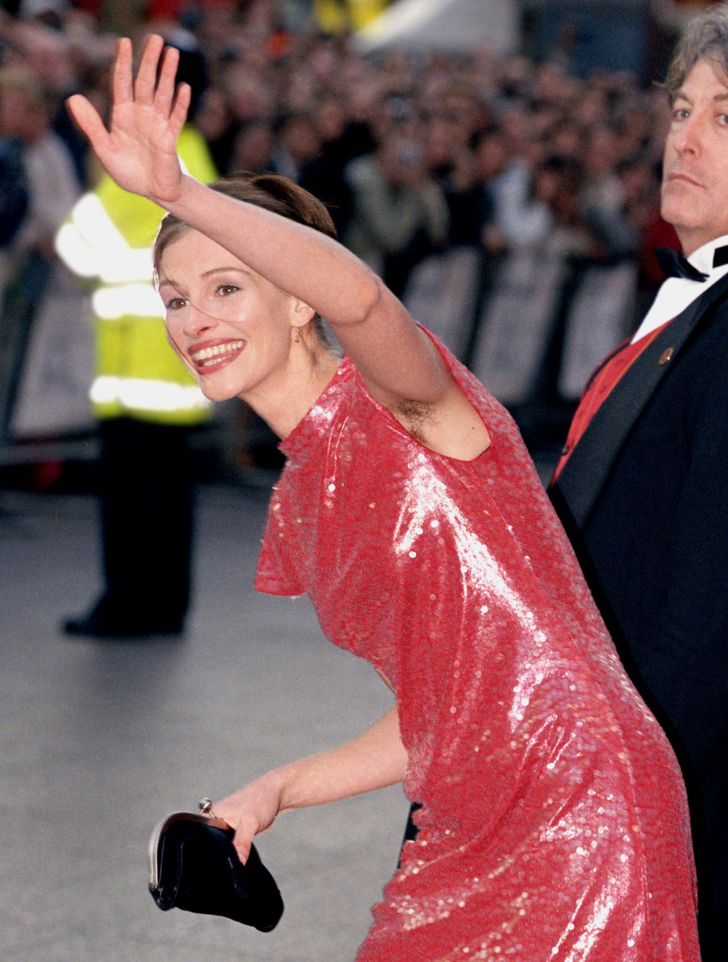 Where: The premiere of Notting Hill

What: Unshaven armpits. This time the star stole the show not with her dress, but with her underarm hair. In her 2018 interview, Julia Roberts said that she wasn’t trying to make any statement at that moment. “I think I just hadn’t really calculated my sleeve length and the waving and how those 2 things would go together and reveal personal things about me,” said the actress.

Which of these looks seems the most extraordinary to you and why? Can you add any other iconic celebrity looks to our collection?